When it comes to finding an instant connection with Indian middle class, he does it better than all his peers. When it comes to milking the popular sentiment for commercial advantage, he is simply a class apart. That is why Arnab Goswami is often described as the “Ekta Kapoor of English news TV”.

He is the Editor-in-Chief of Times Now. His popular show ‘Newshour’ has transformed him into a much despised, much liked, and much celebrated TV journalist. Many people love to hate him. At the same time, his unique style, which often borders on histrionics, has earned him many loyal admirers. Love him or hate him, you simply can’t ignore the man who has become the bigger band than the Times group, his employer. A rare feat which had not been achieved by many editors before him. A feat which may never be repeated again by any Editor at Times group.

The man, who is credited with changing the paradigm of how TV news is consumed, mocked by his peers, hated by some but watched by all.  How powerful TV journalist he is could also be understood from the fact that when Congress Vice-President Rahul Gandhi finally decided to give his first ever one-on-one television interview, he chose none other than Goswami. 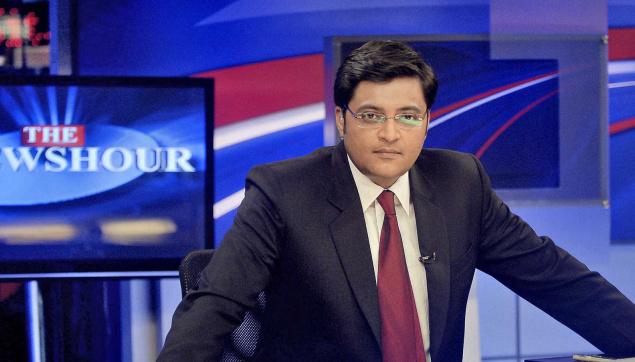 He was born in on October 9, 1973 in Guwahati.  He comes from an Assamese family of eminent jurists. He started his journey in broadcast journalism in 1995 with NDTV 24×7. Then broadcasting space was still dominated by Doordarshan, and NDTV 24×7 was just a broadcast company whose show was aired on Doordarshan. He was one of the key men who helped NDTV successfully make a transition from just a programme producer to a full-fledged news channel. His popular show at NDTV, Newsnight was widely acclaimed, for which he also received the Best News Anchor of Asia award in 2004.

In 2006, when Times of India group decided to make a foray into English news broadcasting, it chose him and gave him a short of carte blanche to run the channel. He has not disappointed his employer, as within a very short span of time, TIMES Now merged as the clear No 1 among English news broadcasters. He has also authored a book titled “Combating Terrorism: The Legal Challenge”.